On August the 17th and 18th, Winbe was open for fun lessons where students could play games and have a great time, all while learing fundimental English skills.

The Summer Vacation Lessons were split into two days. 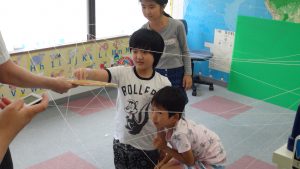 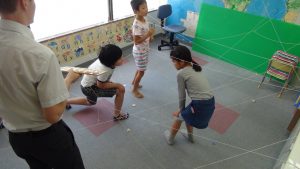 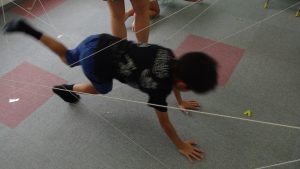 In this game students had to navigate through a classroom full of string, just like out of the movie Mission Impossible! While avoiding the string they would have to collect all the alphabet letters in order to complete the challenge. If one of the students touched the string then one of the letters they had safley secured would be thrown back into the class room to be collected again.

Once this game was finished we moved onto a game called twister.ツイスター！ 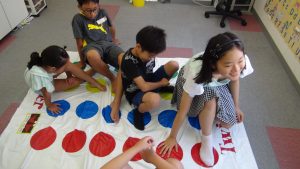 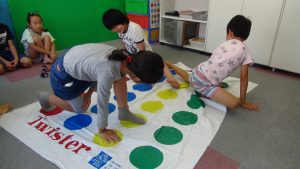 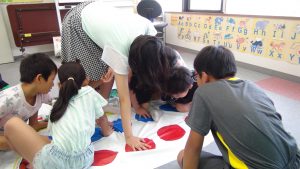 In this game students were given instructions on where to place either their right and left hand or their left and right foot. After a few rounds the students would end up entangled together and as the rounds went on the entanglment got greater. Finally we finished with a larger group attempt where all seven students tried playing together, this resulted in some hilarious positions.

The second day quickly came around and for this day there were two more games planned out. The first one played was called Lego Racing. In this game the students built their own race cars from Lego.好きなようにレゴブロックを使って車を作りました。 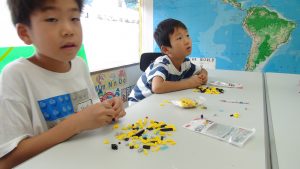 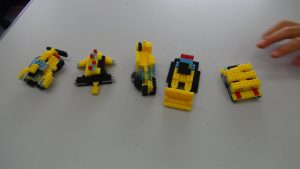 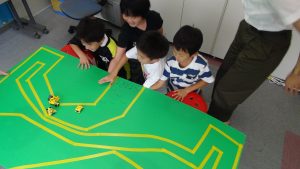 Once completed we attached magnets to the bottom of the Lego cars. Then by using a long stick with a magnet at the end the students raced the Lego cars around a race track. The first to make it from the start line to the finish line was the winner!

Once finished we then moved onto the final game of the day, Suika-Wari! 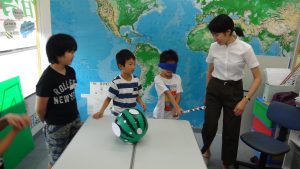 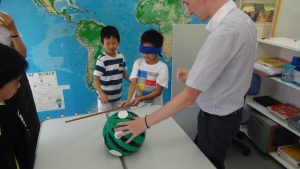 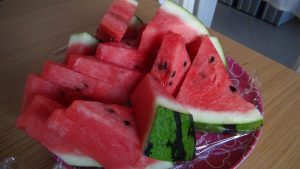 In this game the students were split into pairs, one student would guide the other while using key English language such as “Up”, “Down”, “Left” and “Right”. All while their partner tried to hit the Watermelon. There were also points on the Watermelon so the students had to try and score as many points as possible. Afterwards we sliced up a real Watermelon and enjoyed a light snack before finishing the lesson.

After the two days of Summer Vaction Lessons I hope the students had as much fun taking part as I had teaching them. And to all the students who took part, Thank you! 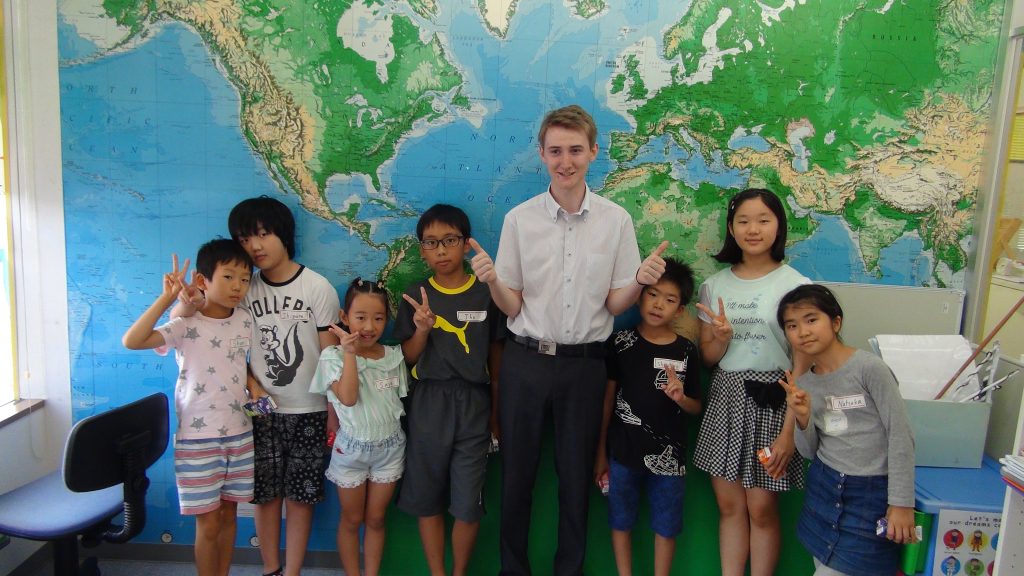